Marzo 2020
My third book, Regulating Mergers and Acquisitions of U.S. Electric Utilities: Industry Concentration and Corporate Complication, will be published by Edward Elgar Publishing in Fall 2020. (Click here for a Summary of Contents.) From February 2020 through March 2021, each monthly essay will excerpt a book chapter. Last month’s excerpt, of the Preface, is available here. This month is Chapter 1. I hope this essay series, and the book, will stimulate a community-wide discussion on this crucial topic.

A utility gets its earnings from a unique market position—a monopoly position, embodied in an exclusive franchise granted and protected by state law. Selling control of that monopoly position brings gain to the seller, new earnings to the buyer. The parties sell and buy a public franchise for private gain. Customer benefits, if any, are incidental.

In a truly competitive market, a successful company gets its market position by merit. Its assets, executive leadership and employee knowledge, financed with dollars risked by investors, combine to provide a service that its customers prefer over its competitors’. And this market position comes with no guarantees. To maintain it, the company must keep beating its competitors.
Contrast your utility. It got its market position not by merit but by government favor. As long as it performs prudently, it keeps that market position—a monopoly position that comes with the right, protected by statutory and constitutional law, to receive a fair return on its prudent, used-and-useful investments. That monopoly market position has high value. In a utility merger, the buyer and seller each aim to unlock that value.
The target’s goal: Sell franchise control to get gain. When a company seeks acquirers, state corporation law imposes a fiduciary duty: get the highest price. The utility’s board becomes an auctioneer, pushing bidders to raise their bids until all but one drop out. Utilities’ proxy statements—SEC-required filings explaining these transactions to voting shareholders—regularly document how their boards picked the company offering the highest price.1
The acquirer’s goal: Buy franchise control to increase earnings. In a competitive market, a corporate acquirer buys only a chance to compete. Its offer price will reflect its risks—of losing existing customers, failing to attract new ones, and making investments that fail to earn sufficient returns. A utility’s acquirer faces fewer risks, because its customers and its prices are assured by government action—including government action that calculates those prices to compensate for the risks.
In utility mergers, the target shareholders can cash out because the acquiring shareholders want to cash in. The acquiring shareholders get more than the target’s current stream of earnings; they get a chance to leverage the target’s market position into more earnings. In a horizontal merger, they increase their market share and eliminate a competitor. In a vertical merger, they buy control of an indispensable input, so they can beat competitors that lack that input. In an extension merger, they buy a utility distant from their current company, gaining an immediate foothold in a new market. A distinct merger motivation is financial positioning: an acquirer owning high-risk companies can balance its portfolio by buying a lower-risk company—a company with a government-protected monopoly over a service people need to survive.

In capitalism, it is no sin to be motivated by shareholder gain. But in a truly competitive market, shareholders gain only if customers benefit. Utility mergers are different. The strategies described above benefit shareholders but do not necessarily improve utility operations.  Why not? Because acquirers compete on price, not on performance.
When a transaction’s purpose is to monetize a market position, to transfer a public franchise for private gain, customer benefits become incidental. The facts don’t lie. Proxy statements describe an auction process where bidders compete based on payments to target shareholders, not on benefits to target customers. The “material factors” affecting the acquisition decision—a self-analysis required by the SEC—always list only shareholder benefits, not customer benefit. And if mergers had as their purpose customer benefits, the advisors would be experts on utility performance. But the commonly hired advisors—Lazard, Guggenheim Securities, Goldman Sachs and the like—are experts in stock prices and earnings multiples, not operational efficiencies. Indeed, the operational experts get involved only after the target chooses the acquirer. Exelon admitted that when acquiring PHI (the holding company for Pepco, Delmarva Power and Atlantic City Electric), “[m]embers of the Integration Office, the Core Teams and [other operational teams] did not participate in negotiations between PHI and Exelon over the acquisition price”; and that it committed to buy PHI without “undertak[ing] an in-depth review of local priorities.”2 Want more evidence that customers don’t matter? Merger agreements have a standard provision actually allowing the target to withdraw (before the shareholder vote and subject to a penalty) if the target receives a “Superior Company Proposal”—one that is “more favorable to the holders of [the target’s] Common Stock.” No comparable provision authorizes the target to withdraw if another acquirer offers more customer benefits.
Are customer benefits completely irrelevant? Of course not. Due diligence requires boards to pick merger partners that can perform obligatory utility functions competently. But requiring that bidders be minimally competent is not the same as requiring bidders to compete based on performance. Utilities select their acquirers based on price, not performance.

Common to the utility acquirer and its target is this goal: monetize the government franchise. The target selects its acquirer based on gain to its shareholders, not performance for its customers. Contrast mergers in competitive markets, where shareholder benefits depend on customer satisfaction. As next month’s essay will explain, utility monopoly mergers are not disciplined by competitive market forces. As a result, shareholder gain is primary, customer benefit secondary.
__________________________________
1 See, e.g.,  Pepco Holdings, Inc., Definitive Proxy Statement (Form DEFM 14A) at 30-31 (Aug. 12, 2014); Great Plains Energy Inc., Amendment No. 1 to Registration Statement (Form S-4/A) at 52, 58, 63 (Aug. 17, 2016) (the first effort; after rejection by the KCC the parties agreed to a stock-for-stock, non-cash, non-premium merger); Cleco Corp., Definitive Proxy Statement (Form DEFM 14A) at 34-40 (Jan. 13, 2015); Hawaiian Elec. Indus., Inc., Definitive Proxy Statement (Form DEFM 14A) at 32-35, 45 (Mar. 26, 2015). I provided expert testimony in each of these transactions. The unusual exceptions: certain stock-for-stock exchanges in which neither company gets a gain because the exchange ratio involves no premium over market price.
2 See, in D.C. PSC Formal Case No. 1119, Applicants’ Response to GRID2.0 Data Request 1-97, (filed Nov. 3, 2014); and Applicants’ Responses to Office of the People’s Counsel Data Request 4-23 (filed Nov. 3, 2014). Exelon admitted that even as of October 2014, months after it reached agreement with PHI, Exelon had “not yet undertaken an in-depth review of local priorities in PEPCO’s service territory.” Id. 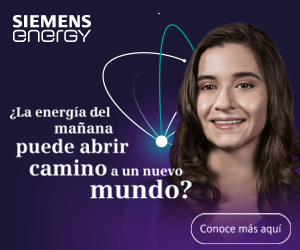 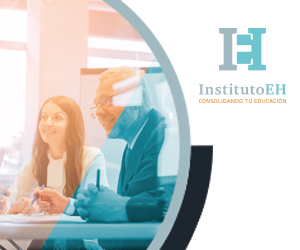